The report describes the results of excavations in 1981, ahead of development within the South Choir Aisle of St Giles' Cathedral (NGR: NT 25727 73590), and subsequent archaeological investigations within the kirk in the 1980s and 1990s. Three main phases of activity from the 12th to the mid-16th centuries were identified, with only limited evidence for the post-Reformation period. Fragmentary evidence of earlier structural remains was recorded below extensive landscaping of the natural steep slope, in the form of a substantial clay platform constructed for the 12th-century church. The remains of a substantial ditch in the upper surface of this platform are identified as the boundary ditch of the early ecclesiastical enclosure. A total of 113 in situ burials were excavated; the earliest of these formed part of the external graveyard around the early church. In the late 14th century the church was extended to the south and east over this graveyard, and further burials and structural evidence relating to the development of the kirk until the 16th century were excavated, including evidence for substantive reconstruction of the east end of the church in the mid-15th century. Evidence for medieval slat-bottomed coffins of pine and spruce was recovered, and two iron objects, which may be ferrules from pilgrims' staffs or batons, were found in 13th/14th-century burials. 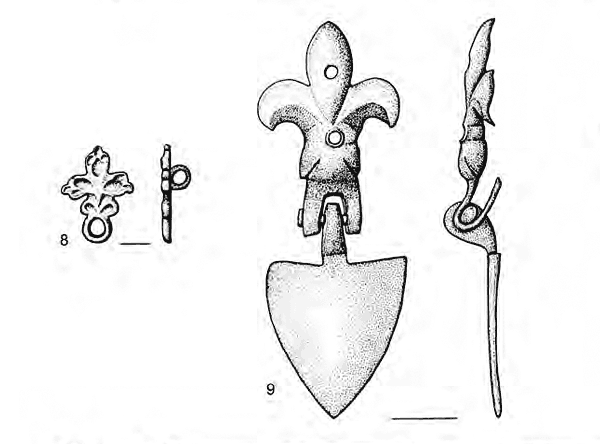 Sign up here to receive email alerts when new issues are published.

The Fellows of the Society of Antiquaries of Scotland are a diverse group of people with one common passion – Scotland’s past. Find out how to become a Fellow.